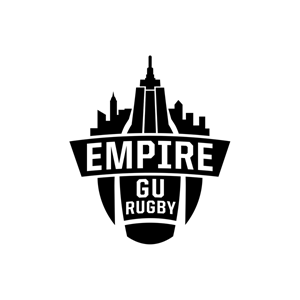 Empire GU will hold its second forum on "Diversity, Equity & Inclusion," on Wdnesday, July 8, at 8pm. This forum will be led by Yeja Dunn, President of Beantown Rugby and a three time Rugby All-American. A leader in the rugby community, Yeja was Co-Captain of Dartmouth's women's rugby club as it transitioned to a varsity sport and claimed the Ivy League Championship in its inaugural season. She graduated from Dartmouth with a double major in Sociology and Women, Gender..

On Thursday, June 18, Empire GU held a forum entitled "Diversity & The Rugby Community" led by Phaidra Knight, a former USA Rugby Eagle and member of the Word Rugby Hall of Fame.The forum provided an opportunity to discuss the current climate in the United States, and around the world, and what the rugby community can do to help raise awareness and provide a safe outlet for all to listen and ask questions.For those unable to attend or wishing to listen again, please visit the link ..

In a vote held this evening, USA Rugby Congress ratified new bylaws for the national organizing body. While exact vote totals are not available at press time, the vote passed by an overwhelming margin and assures the organization will continue operations."Today, we had a monumental meeting and are pleased with the result as the new bylaws were approved," said Ken Pape, Empire GU President. "Empire GU looks forward to the continuation of USA Rugby, with important changes comin..

Sunday, April 5 at 3pmEmpire GU President Ken Pape announced a meeting for the membership. This will be to address the current status of USA Rugby, EGUs future relationship with the organizing body and potential next steps.The meeting will be held on Sunday, April 5, at 3pm. All clubs are strongly encouraged to have representation present and members in general are welcomed to attend.Meeting information is as follows:EGU Meeting of MembershipSunday, April 5 | 3p ETLink:https://www.gotomeet.me/EG..

March 24, 2020Empire GU Members,I hope you and your families are safe and healthy during this troubling time. I wanted to give you an update on matters related to Empire GU and USA Rugby.I am sure by now you have read the email from the CEO of USAR stating that the governing body is in a dire situation, which was confirmed on a conference call last night for the members of USAR Congress.Empire GU is still open for business. We have been planning for this for the past several months and the follo..